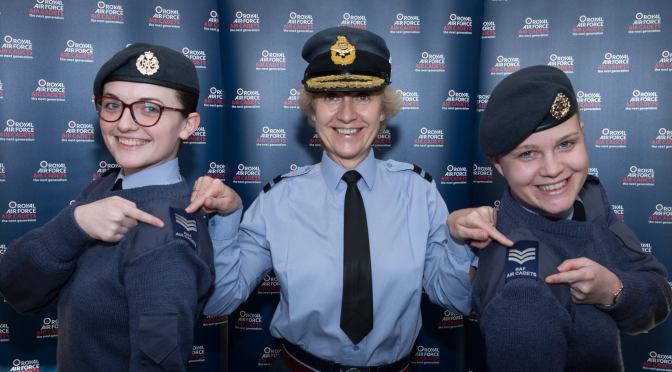 Congratulations to our own Sgt Esther Taylor RAFAC, who has completed her residential training, marking the end of her probationary period and is set to return to Squadron as a full Sergeant.

The course also had the historic privilege to be the first to have graduates under the new RAFAC branding, further connecting our organisation to the RAF.

The Commanding Officer of 1082 Squadron, Flt Lt Adam Fowler said “I congratulate Sgt Taylor for passing out with flying colours with a Highly Competent rating – not an easy mark to achieve! Sgt Taylor is a very keen and active member of our Squadron, and I’m proud to count her as a member of my staff team. It’s a great early Christmas present for the Squadron, and Esther herself.

After the first officer graduation since the Cadet Forces Commission launch earlier this month, the first batch of SNCOs have graduated since their new insignia refresh.

Commandant Air Cadets congratulated the new Sergeants on graduating during a ‘milestone year for the RAF Air Cadets’.

Officer and SNCO insignia have both been updated to remove VR(T) and ATC and have been replaced with ‘RAF Air Cadets’ to strengthen the branding between different volunteer cadres.

A youth organisation for 12-20 year olds, affiliated to the Royal Air Force